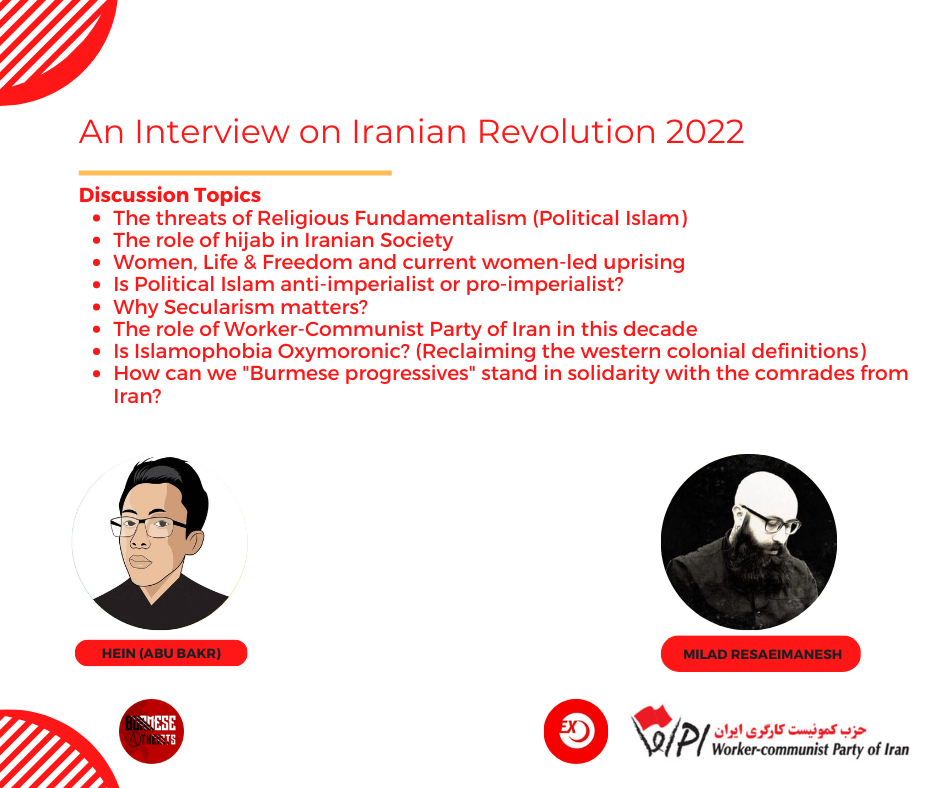 Hein Htet Kyaw (Abu Bakr), a spokeperson of Burmese Atheists Association conducted an interview with Milad Resaeimanesh, Chairman of Central Committee of Ex-Muslims in Scandinavia and a Member of the Central Committee and Politburo of the Worker-communist Party of Iran.