With our “Good without Gods – Projects (4)”, Burmese Atheists managed to contribute some basic necessities for

Since “Burmese Atheists” has connection with some of the well-known charity groups and local humanist groups in Myanmar, we are currently trying to fundraise certain amount of funding to distribute educational materials and miscellaneous products for a local NUG educational centre, an alternative to the military junta’s educational pathway.

This educational centre will teachvarious age-groups with different educational background ranging from kinder-garden to tertiary education.

The funding might also be used for some of the miscellaneous maintenance andbasic needs for the village and the villagers. 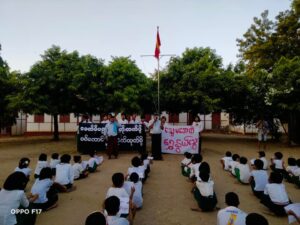 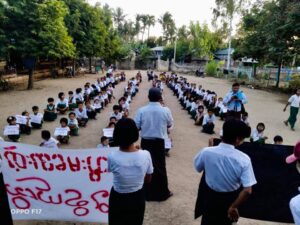